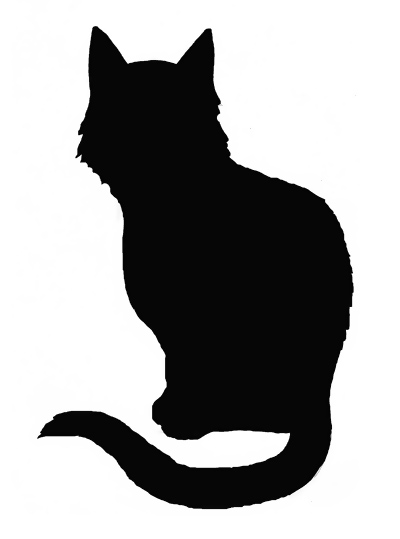 Pictures of black cats, a silhouette of a cat especially black, always cast a certain secret mysteriousness. From an antiquity many people considered that in black cats witches are get used, and that any devilry is connected with them. People considered earlier that the black cat draws to itself a lightning, therefore during a thunder-storm them turned out on street.

Various colours sorcerers and witches held at themselves black cats, as though strengthening this most the magic, trying to exaggerate the sorcery which casts fear over people. To today there was much beliefs, the most known, it when, the black cat steals a march, many superstitious people consider it as a harbinger of that or bad to avoid troubles, it is better to bypass that place and to pass other road, to spit three times through the left shoulder, one hand keeping for a button and another holding in a pocket having combined a hard fig.

Though in for example in England if the black cat steals a march on the person or enters into its house it isconsidered the big good luck. And in America it is considered that brings good luck if the road is run across by a white cat. To the same Americas the symbol of a blackcat with the curved back was used at various strikes and strikes, Americans considered, what exactly this symbol the silhouette of a cat helped them with their requirements. People still say, if at the lonely woman there lives a black cat the house will be full of lovers.

Still in beliefs was considered that the black cat sharply feels any future changes, as to the best, and in the worst. Even other animals concern black cats with care and respect, once again avoid them to avoid the conflict. About black cats many poems, fairy tales, for example a fragment at A.S.Pushkin are written;" And day and night the cat the scientist, All goes on a chain around ". Still say that the black cat is difficult for finding in a dark room, thus, that it there at all and is not present.

In a known film" it is impossible to change Meeting place "a gang Humpbacked under the magic name" Black cat "inspired fear in all population of Moscow, after the next crime gangsters drew a   Pictures of black cat on walls to guide horror. Probably after that film under the name" the Black cat ' name various restaurants, taverns, taverns and clubs. Black cats silhouette are used in amulets, badges, tattoos, emblems of different firms.

Despite numerous prejudices, black cats actually do not represent any danger, in comparison with usual colouring of cats, black cats less aggressive they are kind and tender to the owners. By some calculations quantity living in a city it is much more black cats, than in a countryside in this connection this phenomenon is connected while up to the end by scientists it is not solved. Вобще all cats live with the person many thousand years, whether the person has tamed them, whether cats so knew it certainly it is not known.

Well and at last why all the same at a cat black color, colour black, the colouring at the majority of cats consists of 2 pigments yellow "Pheomelanin" and black "Eumelanin" these pigments mix up also the majority of cases colour at an animal is close to grey colour or aguti-colouring - Black colour is result of a mutation of an animal at genetic level from what the yellow pigment "Pheomelanin" is distributed on a scalp with infringement, all magic of black colour of cats and consists in it. 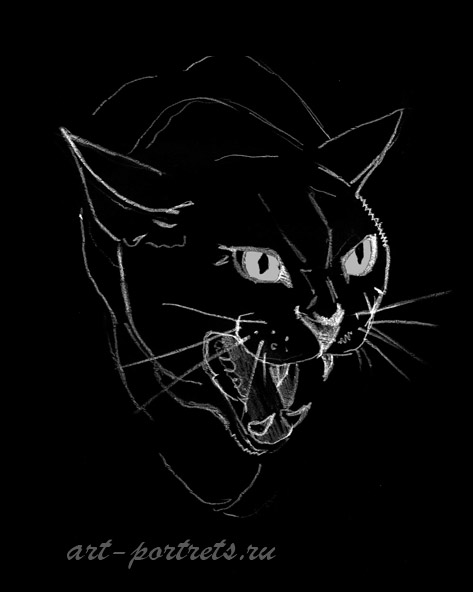