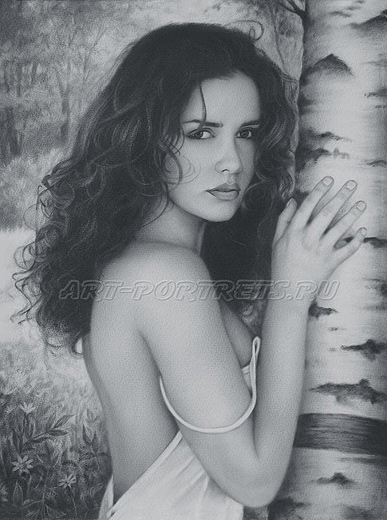 Portrait of glamour Natalia Oreiro actress and the singer

Natalia Oreiro is drawn in dry brush. Despite the fact that she is a Latin American actress, the artist portrayed her in Russian style at the birch against the backdrop of the landscape, which in itself is perceived inadequately by some viewers, meaning that birches in Argentina do not grow.

Well, who will say that this actress does not look like a Russian girl ?. So the artist never watched the Argentine serials, took her for a Russian beautiful girl, seeing her picture in the magazine for the first time and decided to draw it. Later, a very unusual portrait turned out, it is likely that she would like this portrait, which probably never stood with the Russian birch.