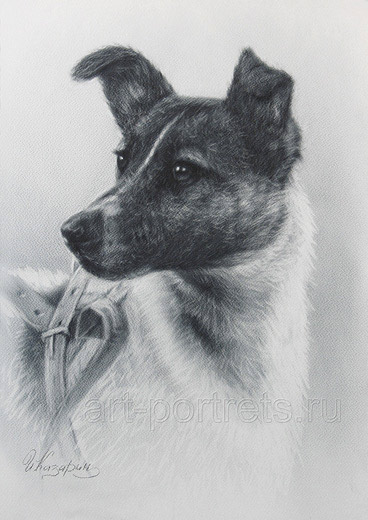 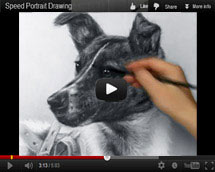 Laika Space Dog drawing, drawn by artist Igor Kazarin in dry brush technique. Also on the page posted video with process of drawing the dog Laika. The dog Laika is actually the first living creation running into space on a rocket Sputnik 2, November 3, 1957.

It was planned that the dog Laika will live in orbit about one week, right after the launch of the satellite, after about 5-7 hours Laika died from thermal overload, although the return of dog was not planned by scientists, however it was proved that a living being able to be in outer space, which was confirmed by the space flight of two other famous dogs of the astronauts Belka and Strelka, who for the joy of the scientists, safely returned safe and unharmed from space.